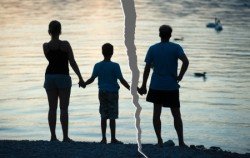 Emergency Custody: When can I get it (or when can I not)?

Can I get Emergency Custody?

That’s a question we answer on an almost daily basis. North Carolina, like most states, very strictly controls emergency custody. Unfortunately, almost 90% of the time, the answer is that emergency custody would NOT be granted by the judge. But there are two general situations when it will be granted:

Judges do not like to grant emergency custody, because it means that they only have heard one side of the story, which doesn’t always tell the whole story. Both parents are entitled under a Supreme Court ruling known as Petersen with a right to parent their child, and so taking the child away from the other parent without hearing violates that right and requires an immediate hearing. IF the Court grants the emergency custody, then a hearing MUST be scheduled within 10 days to allow the other parent an opportunity to be heard. If it turns out that they weren’t fleeing the state for example, but just going on the same annual beach trip that they’ve been on for the last 10 years, a judge is going to be very upset with the parent who claimed it was an emergency. On the other hand, if a parent can show text messages and emails from where they said, “I’m moving to the Bahamas and you’ll NEVER see your CHILD EVER AGAIN, EVER!” then it might be justified.

If I can’t get emergency custody, what can I do?

However, even if a Court will not grant emergency custody, that doesn’t mean you have to wait 6 months to get in front of a judge. How our firm typically handles a case where it doesn’t justify true emergency custody, but it is a true, urgent situation (perhaps a parent is withholding visitation for over a month, or is making rapid, negative changes), is as follows:

1) We file for custody and allege all of the important, urgent facts;
2) We ask the court in our filing to waive mediation due to urgent, negative circumstances;
3) We immediately calendar the motion to waive mediation and for temporary custody within 30 days of the filing.

While a parent CAN show up and ask for more time to prepare a response, if that same parent is withholding the child, the judge CAN go ahead and order them as a temporary order to allow equal contact and/or physical visitation so that the non-custodial parent gets some time with the child, especially if they don’t have a very good reason, and at worst, the judge can read the parent who is withholding “the riot act” about misbehaving in regards to the other parents rights, which lays the basis for an order in favor of the other parent, attorneys fees and/or sanctions as appropriate.

Emergency custody is a VERY tricky thing, especially if you are aren’t the mom or dad (i.e., grandparents or relatives), and we strongly urge you to meet with an attorney to discuss your options. Our firm does regular consultations or if it is an emergency and there’s short notice, either way, we would be glad to discuss your situation with you and determine if emergency custody, “expedited” custody filings, or a more standard custody approach is best for you.

If you’d like to schedule a consultation with our firm to see how we can help you represent yourself by preparing documents for you, advising you on court process, procedures, and such, contact our office today!