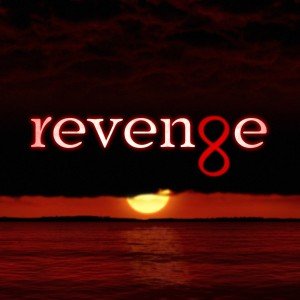 New Revenge Posting Law: What you need to know

Revenge Posting: No, it isn’t like it is on TV.

On December 1st, 2015, a law signed by Gov. McCrory last week goes into effect, and aims squarely at stopping. Revenge porn, also called “revenge posting” is a situation when intimate photos/videos taken by consent get released without consent – often as the result of a breakup, hence the “revenge” portion of the name. Unlike the TV show, where the heroine goes around extracting her revenge (rather viciously, I might add), we mere mortals are often faced with asking law enforcement to assist. As often in the law, the devil is in the details as to how/whom the law will apply to. Generally speaking, the new law works like this: If a person posts sexual pictures of you that they knew you intended to keep private, with the intent to cause you problems, and that identify you (either visually or with text posted along with the picture), then they have committed either a Class H felony (unless they are a first time offender AND under 18, in which case it is a Class 1 misdemeanor). The law also allows you to sue the person who posted the images in civil court for $$, and awards a minimum of $10,000 plus punitive damages and attorneys fees. So what does it really mean?

The law breaks down into multiple sections – first, the definitions, which states that an image can include photograph, film, videotape, recording, digital, or other reproduction. It also defines reasonable expectation of privacy, and this is key: When a depicted person has consented to the disclosure of an image within the context of a personal relationship and the depicted person reasonably believes that the disclosure will not go beyond that relationship. So your reasonable expectation of privacy ONLY extends within the context of a personal relationship. What does that mean? The statute refers you to NCGS 50B-1(b), which lays out the following categories:

The important thing to note here is that the personal relationship statute specifically states that “a casual acquaintance or ordinary hanging out (i.e. fraternization between persons) is NOT a dating relationship. The moral of the story? If you are going to allow somebody to take revealing/provocative pictures of you, you might want to wait until a few dates in. (“a dating relationship is one wherein the parties are romantically involved over time and on a continuous basis…” In today’s society where many young couples don’t “date”, they just hang out and/or may have multiple, non-exclusive relationships, that may not qualify under the law for this protection.

Understand that if a person takes provocative pictures WITHOUT your consent, then this statute wouldn’t apply and other ones (such as intentionally disseminating obscenity (NCGS 14-190.16) might be more applicable for criminal prosecution.

Here’s the actual criminal portion of the statute (emphasis added):

(b): Offense. – A person is guilty of disclosure of private images if all of the following apply:

Now let’s talk about the exceptions:

The next section, subsection (c), provides for it to be a Class H felony if the defendant is over 18 OR if they are under 18 but it is their second offense. A Class H felony is punishable by 4-8 months in jail, probation, community service, or a combination of the three, assuming they are a record level 1 offender. A level 6 offender (those with the worst possible criminal records) would be punishable by 15-31 months in jail. A first time offender under 18 commits a Class 1 misdemeanor, which is punishable by 1-45 days of community service, and from the discussions I had with other family law attorneys who were involved in discussions about the statute, was aimed at making sure that kids who do something really dumb don’t get their entire life thrown away over a text message. They will still have a criminal conviction (see this article which outlines how even a minor criminal conviction impacts individuals, which will make it harder to get jobs, get into college, etc.) but it won’t label them a felon – on their first offense.

However, if the image was a voluntary exposure in a public or commercial setting; made in the public interest (which sounds broad, but is very specific); or providers of a interactive computer service, for pictures made by another person (i.e., you can’t sue the owners of the website where the defendant posted the pictures).

So all of this is the CRIMINAL side of things. In family law – the other party getting a conviction is good – it may deter future negative conduct and provide a basis for a judge to award custody to one parent if the crime had an impact on the child – but it also doesn’t help the victim repair the damage done, much less compensate them for the wrongs suffered. So what can one do?

Fortunately, the law allows for a civil suit in addition to the criminal charges, and provides a minimum $10,000 award, with damages being either the greater of actual damages or a statutory award of $1,000 per day, $10,000 minimum. The victim can also get punitive damages and attorneys fees, which means it will be easier for victims to find legal help if they have a strong claim. Also, the law explicitly allows for the destruction of the image, although given today’s viral society, if the picture is in the hands of others, the judge may not be able to order all the other parties to destroy the image. Still, this gives the judge another tool to assist the victim with.

Lastly, but definitely importantly, you need to know HOW LONG you have to file a civil claim under this new law. It states that you will have up to one year from the time of discovery to file a suit, but no later than seven years after the last disclosure of the private image. (see NCGS 1-54(11), although the website hasn’t been updated to reflect the new subsection 11, probably because it doesn’t go effect until December 1, 2015).

The new law doesn’t go into effect until December 1st, 2015, but if you find yourself the victim of a revenge posting after that day, be sure to save all evidence – screen shots, names of friends or others who have seen the posting online (in case the online post(s) are removed prior to hearing, as full trials/hearings can take forever in our system).

Our attorneys stand by to help you if your ex decides to get revenge by posting your private pictures/videos online. While the best plan might be “don’t take the pictures”, if you find yourself in this unfortunate situation, the attorneys at Apple Payne Law, PLLC will help you through it. Contact our offices today for a low cost, one-hour consult to help determine your marital rights!