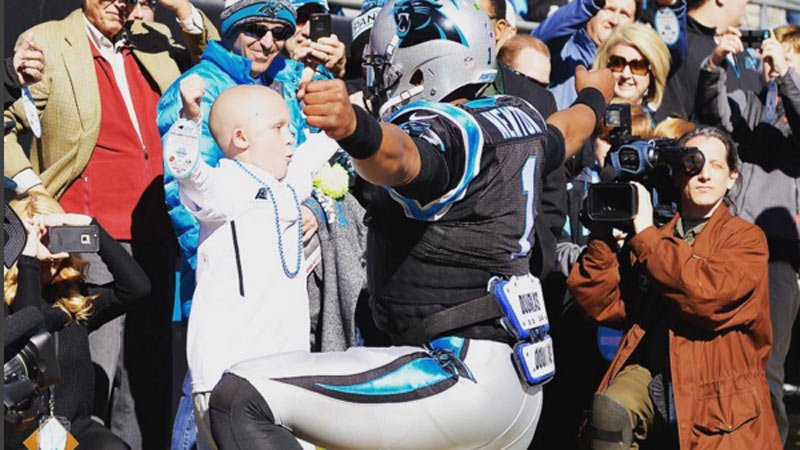 Holding your composure when it counts – Super Bowl style

Last week, we wrote about David Bowie. This past Sunday, we had the privilege of watching the biggest game of the year, Super 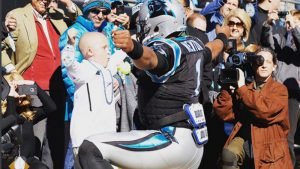 Bowl 50, among 15 or so of our family and friends. When it was all said and done, unfortunately my Carolina Panthers lost, but not until the put up a good fight against a very determined defense. Cam (Newton) spent more time on the ground in that game – getting sacked, hurried, and hit – than he had spent the previous several games, and it showed.

However, that’s not where the story ends. By the end of the game, the crowd was gone, the main broadcast was over, and I was already asleep in my bed by the time Cam had an interview with the postgame media. By all accounts, it didn’t go very well. Cam could hear the opposing team saying very upsetting things about him on the other side of the wall, and it wasn’t sitting well. It wasn’t as if he was already in a good mood… he had just lost the biggest game of his career – a game that some people never even get to play in, and in which there’s no guarantee you’ll ever get another chance, and then he heard the comments by the other team, right behind him, and he’s done. He took my grandmother’s often stated advice… “if you have nothing nice to say, don’t say anything.” And he had said what he came to say, so he stepped down.

So? Why is a lawyer writing about this on his law blog? Because, each month, I represent people in their own super bowl, albeit one that they really don’t want to attend, and maybe didn’t even ask for, but nonetheless, they are there. Standing in front of a judge, hoping to have the chance to see their kids; to get reimbursed for damages in a civil suit; to seek shelter in the law from an abuser. When it goes to trial… composure matters. How Cam reacts during a post-game Super Bowl interview doesn’t really matter… it was a game, everybody was emotional, and at the end of the day, how you bring it on the field matters most. However, in Court… it is just as hard, if not harder. Having to explain to a judge why you should keep your kids, which necessarily means not only explaining why YOU are the best fit to be the primary parent, but also, you have to say the things said in the Super Bowl on the “other side of the wall.” You have to say, in front of the judge… not nice, unpleasant, and honest statements about why the other person doesn’t deserve to be in that same, privileged role with those children. That’s difficult. Then, the other side’s attorney gets to pick apart every. single. statement. you. made. Lastly, if that wasn’t enough, you then get to have the joy of hearing your ex – somebody that at one point, you loved; another party who at one point you were really excited about making a business deal with; somebody you trusted with your heart, money, etc.; get on the stand, and pronounce that you are (basically) the scum of the earth. To have your misdeeds, mistakes, bad moments, imperfections, all put out there for the world to hear. It’s humiliating, degrading, embarrassing, and it hurts, bad!

How you hold your composure matters. How you respond to criticism in the face of adversity, sitting in front of a judge, elected by the people, to decide who gets to spend more time with your child, or if you get protection from an abuser, or if you have to pay back that $15,000 for the contract the other side decided they didn’t want to perform in full… it matters. Judges only get to see you (usually) a couple of times; they form their impressions about who has the most character, and who might be telling the most truth in a given situation rather quickly. They are human, after all. Holding our composure matters. Remaining calm, when the most ugly, forsaken things about you (even, especially when, they are not true), are alleged. Staying focused on the real reason you are there – to see your kids, etc., and expressing the truth, when it is your turn, and remaining calm – because in Court, you can’t walk out. Well, truth is.. you could, if you weren’t on the stand, but… that would probably seal the case, at that point. It’s ok to be emotional. It’s ok to be angry, hurt, and upset. But when, and if you find yourself in that situation, remember why you came. Remember that ultimately, it isn’t about you. It’s about those kids. It’s about safety. It’s about not letting somebody else control your life, your outcomes. Does that mean it will go your way? Probably not. If a case goes to trial, odds are, NOBODY will be happy with the outcome, because the Judge isn’t going to give everybody everything they want. You might win the war, but you won’t win all the smaller battles along the way. Maybe the other side is going to get more visitation then you want, or maybe you have to pay for the transportation; maybe you won’t get as much time with the children as you like, or maybe that contract is just going to cost more money than you think it should.

Especially when it involves children, there’s one ultimate truth I’m reminded of in my own childhood and in those children who’s parents have gone to court. You, as the parent, will need to answer for what happened during that child’s youth someday, and it is up to you how you will be able to answer. Will you be able to look your child in the eye and tell them you did everything you could, despite the outcomes in court; that you did it solely in their best interest and not out of malice to “get back” at the other parent; that no matter what the judge ruled, you did, do and forever will love them? Because that is the composure that matters the most. Those children – they are the ultimate judge, and in my experience, a lot tougher than the Judge on the bench during your day in court.

In closing – always do your best to keep your composure. And if, Lord forbid, you find yourself going to Court over custody; over a probate estate of a lost loved one; over a broken marriage; or over a broken contract, get experienced counsel who care about people as much as you care about your own situation.  Our firm would be honored to be that counsel for you… contact us, take advantage of our low cost consultations, and see how we can help you represent yourself and your situation in court in a way that you can, and will, be proud of, despite the adversity.

Discourage litigation. Persuade your neighbors to compromise whenever you can. As a peacemaker the lawyer has superior opportunity of being a good man. There will still be business enough.